The individual/employee is a part of a bigger system in any kind of partnership, family, team, organization, in society.

This systemic approach identifies the processes of communication and behavior in the system, based on the values and beliefs of the individual, as well as the group, i.e. the system where he/she belongs to.

The entire dynamics of family systems from which we originate are intertwined in the background of our behavior, actions, motivation, decision-making, as well as any other daily personal and professional process. Identifying, understanding and resolving unconscious patterns, i.e. dynamics in any type of systemic relation, can create a significant change in perception, behavior and action. These dynamics cannot be resolved without understanding group or system dynamics.

The systemic approach was developed in order to shift the focus from the individual to the wider system, and from that perspective to support its development, leadership and organizational vitality in all types of systems, personal or corporate.

Systemic dynamics do not fit assessments of personality, team profiles and other models. They are behind every rational intervention and request to be discovered solely through practical systemic intervention. A symptom can be remedied just by working on personality; however, the dynamics that belong on a systemic level will simply reappear and will be express in a different context.

Due to non-linear thinking and systemic intervention, the Systemic NLP program provides new sources and solutions for resolving any kind of personal, team or organizational dynamics.
The systemic approach is highly results-oriented, promoting development of new thinking and acting strategies that are in fact the opposite of solving problems and past conflicts. It aims to expand the framework of the individual for perceiving the organization.

It contributes to making each individual feel part of the big picture and at the same time owning the process in which they participate. Maintaining team cohesion and the organizational system is an outcome of the fact that ownership and belonging affect responsibility. All this result in aligning the personal and organizational goals of each professional, which lead to achieving success. 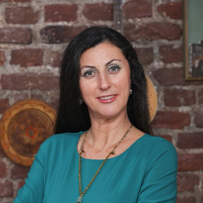 Systemic team coaching is a process by which a team coach works in partnership with a whole team, both when they are together and when they are apart, in order to help them both improve their collective performance and how they work together, and also how they develop their collective leadership to more effectively engage with all their key stakeholder groups to jointly transform the wider business and co-create value for all their stakeholders.

Systemic team coaching is a true partnership and it is designed to work with teams for lasting change.  Systemic Team Coaching consists in helping teams change their collective processes or patterns rather than in attempting to modify individual interpretations of roles while the whole keeps enacting the same play.

In Systemic team coaching, the system or the team is perceived and addressed as one unitary and coherent client whole.

Likewise, in sports, any team will become much more successful when all the team members will have developed a very high interfacing competency, or capacity to very effectively pas each other the ball.

In team coaching, the system or the team is perceived and addressed as one unitary and coherent client whole.

Systemic team coaching simultaneously concerns all the employees who report to a same leader or manager.

Systemic team coaching focuses on team internal processes or on the patterns that take place between the team members.

Systemic Organizational coaching simultaneously concerns more people, if the latter are all originating from the same formal collective system and representing several layers of responsibility, organized in structured sub systems such a networks or teams.

Both Systemic team coaching and Systemic Organizational coaching are aimed at understanding the processes undergoing within teams and the organization as a whole, embrace the useful ones and modify the ones that could ultimately have a more positive effect on their collective health and results.